wowww i am so bad at updating! things have been mega mega stressful reccently as im moving to university tomorrow ahhh... ive said all my goodbyes to my friends which completely sucked like i will seriously miss them. it's funny i spent my teenage years absolutely hating my hometown but now it's time to leave and suddenly everything i hated has become stuff i really love,,, damn it's like reccently i went to a really fun j-fashion/emo meet in london and i had a great time but now im moving like 3 hours away ... my uni town seems okay and like im really going there for the course and the fact that it's by the sea but apart from that the area is like kind of crappy, i dont know i'll see when i get there lol. i've been listening to so much visual-kei reccently especially merry go round, plastic tree and rouage ^^ ahh i'll update more often especially since my site has been the same for ages it needs a bit of a refresh lol

okay i was totally meant to make this last week but instead i spent a week attempting to make an image gallery, lmao! so.. i didn't go to prom mainly because of covid cases but also i wanted the money back so i could get a thursday sweatshirt... which i did get :p. the week after i went on holiday to wales, im hopefully moving there in the autumn for uni (agh!) so i went to see the university and also to see family and stuff. we went for like 5 days which went by super quickly but i saw loads of cool stuff so check out the photo gallery, for the ultimate viewing listen to small mountain by midlake.im assuming that the majority of the readers aren't from the uk so i thought it might be cool for you to see somewhere u might never have been!
results day next week, im not too stressed because i got half of my grade last year but im more just waiting in antcipation. in more musical news i got obssesively into the band the vines reccently and have been binge watching hour long live videos, so you could say i've been spending my summer well, i've also been listening to insane amount of the band sneaker pimps, especially the albums splinter and bloodsport (which i hadn't heard before) happy august friends, hope the weather is better where you are than it is here (i do love the rain but its still annoying) 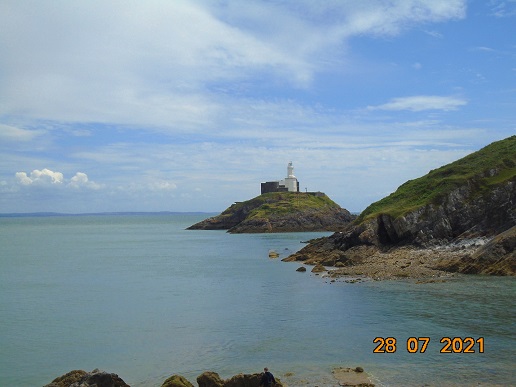 i spoke way too soon about the weather being cold. in about a week its gone from 15 degrees c to 31 degrees c. tf! everything has been really weird reccently i kinda feel like its suddenly 2 years ago again, and yet it feels like that was so long ago. nothing has really changed in two years and yet so much has. has the world been on pause for a while or has it only been that way for me? ah i don't know i think so much is changing at once that it has totally fried my brain things like moving out which ive been thinking abut for years are finally going to happen, but it still feels like im 15 counting down the years until i can leave.
ah im being too serious lol, in other news its my friends prom this week, they went to the same school that like everyone went too when we left secondary school. so that will be fun, seeing people i thought id left behind when i was 16 (major sarcasm). i'll be honestly suprised if any of them have changed they all seem to still exist in that secondary school 16 year old bubble or maybe thats just where they exist in my mind lmao. the song of the day i got from the end credits from a daria episode, that show seriously had the best soundtrack.

song of the day: watch me (demo) - slowdive

ah i comptetley forgot to update this! i kinda forgot what month it was lol june went by so quickly! in other news i had my college gallery show and it went really well, so that was cool. i've been really stressed recently about like everything but also not bothering to do anything about everything... idk it rained so much today i think our gutter broke! crazy to think that i am really cold right now but in death valley the temperature was 58 degrees celcius!!! i made some carrot cake for my dads birthday which was really nice to spend time making because food has been really messing with my brain agh.
i go on holiday in a couple weeks and im super super excited im not going very far but it will be nice to leave the city finally after foreverrr. the song of the day is one of the most beautiful songs i have ever heard - see what you think!

hangin out thinking about why summer is so cold

song of the day: from across the sea - jeniferever

today was nice.. me and my friend bee hung out on this hill in this private estate that we are so not allowed in but no ones told us to leave yet. you can see the stadium, the old factories and the train going past its really beautiful - well to be honest it's the best my town has got to offer lol. we listened to the academy is, jeniferever and saosin and drank vodka from these horrible cups that were totally falling apart. it looked like it was gonna rain so we went back to bees and watched adventure time.
iv'e been having horrible nightmares recently, i usually write down my dreams in my journal but i literally can't, i don't want to relive the nightmares. i hope they stop soon.
in other more positive news my school gallery is next week!!! super exicited to see everyones work. o^_^o 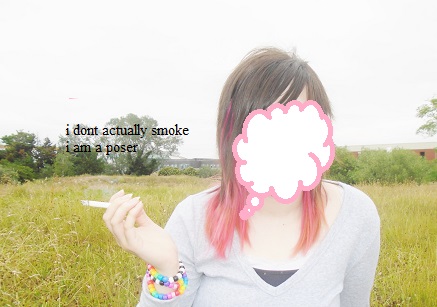 song of the day: the world is - the hepburns

agh i really need to update this more these last couple weeks have been hectic but now ive fInALLy finished college which is kind of bittersweet because i have no idea if im going to see some of those people ever again.
but anyway now is the time for my ghost world summer moment before i go to uni in september eventhough im not going to fall in love with steve buscemi or make a racist art piece. my friends dyed my hair yesterday (see image for patchy pink-ness) my mum wasn't angry like at all if anything she was more mad that i made the shower curtain pink LoL. today i might make some borscht and watch white oleander, its too hot to do anything productive (sidenote: anytime it goes over 20 degrees celcius in the uk everyone goes insane because when you live here long enough you end up with no resistance to heat) 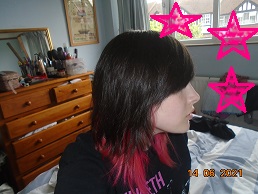 finally! i got my journal up

song of the day: snitches and talkers get stiches and walkers - fall out boy

after the mess that was my old journal layout im trying out a new more easily accessible style! ugh today it was so warm, well warm for my standards lol but i got to eat ice cream which was good. been listening to loadz of fall out boy reccently and finally got round to giving my empty from under the cork tree cd a makeshift cd replacement - sorry copyright!
i'll probably upload on here with any new website updates or just whenever i want to! i'll have more time to do website stuff after i finish college in a couple weeks which is seriously crazy.